The fort constructed by Major John Whistler and his men during 1815-1816 was the last of three American forts to stand at the junction of the St. Mary’s, St. Joseph, and Maumee Rivers. It was designed to be easily defended against a Native American attack by a garrison of only 50 to 75 men. With two lines of pickets, heavy gates, and well-placed blockhouses, it was impossible to penetrate. This fort was by far the most sophisticated and carefully designed all-wooden fort ever built in North America. It was not fear of the Native Americans, but rather the rapid westward movement of the frontier that caused Fort Wayne to be abandoned after only three years of use. It was decommissioned April 19, 1819.

The Old Fort is a faithful copy of the post built by American troops under the command of Major John Whistler. Through the efforts of many dedicated citizens of modern Fort Wayne, it was reconstructed on a plot of ground less than a quarter of a mile from the original site. It opened to the public on or around July 4, 1976.

Historic Fort Wayne, Inc took over operations in October 2004. With the assistance of the Fort Wayne Parks & Recreation Department this community asset remains open to the public during certain days and special events held throughout the year. Here, life in the last frontier Army post of Indiana is being recreated.

Historic Fort Wayne, Inc is a 501 not-for-profit organization founded in 2004.  We are dedicated to developing a historically based education program housed in the Old Fort.  Our goal is to educate the community about the Old Fort and its significance to the Old Northwest Territory, the State of Indiana, and the United States during the 17th and 18th centuries through interactive programming.

Most of our events are free to the public. We are a 100% volunteer organization. We do not receive any federal or state funding. Programming is funded by generous private and corporate donations.

We are excited to welcome visitors to the Old Fort.

The majority of the events are open to the public at no charge. Donations are accepted. For more information call (260) 437-2836.

Please note:  The bridge on Spy Run Avenue is undergoing construction and is often down to one lane.  Expect traffic delays when visiting the Old Fort.  For the safety of our visitors, we strongly encourage you to park at Headwaters Park or Lawton Park.  Otherwise, please use extreme caution when crossing Spy Run Avenue. Construction is expected to last until the end of the year.

Check our website www.oldforwayne.org, facebook.com/HistoricFortWayne, or call (260) 437-2836 for schedule updates and information.

It is the dawn of the new year 1743 at Post des Myaamia (Miami). Rumors abound of what the future will bring to the Native Village of Kiihkayonki (Kekionga) and this settlement of French soldiers, civilians, and traders nearby. The trade has been waning over the past year. Goods have been expensive. There is talk of the Iroquis granting land to the English merchants in Ohio. The king has said that soon all trading contracts will be revoked. The posts will instead be auctioned off into the control of rich nobles to try to revitalize the trade. What will this mean for the traders of Post des Myaamia (Miami)? How will the French deal with the high cost of goods in their relations with the natives of Kiihkayonki (Kekionga)? Come see how life goes on at Fort St. Phillippe and Post des Myaamia (Miami) among the French colonial settlers, soldiers, and their Native American allies in January of 1743.

Winters are harsh on the frontier! Freezing temperatures and snow make for a difficult life at a winter posting. Chopping wood and preparing meals are carried out daily by the assigned soldiers. Military drills and guard duty are also part of the soldiers’ duties. Visit with the soldiers. Witness what it is like to live in a frontier fort during the winter months.

Winter in a fort on the Indiana frontier? Harsh temperatures and snow make daily life difficult during the winter months! Continental soldiers and militia will be performing duties and work details. Civilian refugees and local inhabitants will be plying their trades, cooking, sewing, and mending. Military drills and training will take place weather dependent. Come warm yourself by the fire. Witness how an army survives the winter months on the frontier.

It is March of 1864. The men of the 9th Indiana Volunteer Infantry are on garrison duty in northeastern Alabama, on the verge of setting off on spring campaigns. Come and talk to the soldiers about their daily life in a garrison. Observe the daily duties and responsibilities as the regiment maintains its watch on the surrounding area. Morning parade, drills, and guard mount will occur throughout the day, weather permitting.

ED Day at the Old Fort

Annual Education Day is open to 4th and 5th grade students only from area schools and homeschool programs. Pre-registration is required for attendance. There is a fee of $5 per student. This unique day is held prior to Muster on the St. Mary’s – A Time Line Event. Through activities and demonstrations, Fort volunteers bring Indiana history alive! Major topics include the Revolutionary War, the War of 1812, the Civil War, the Industrial Revolution, and the history of Indiana. For further information and registration forms, please visit our website.

Muster on the St. Mary’s

What was it like when the French Settlers inhabited this area? What types of uniforms have different soldiers worn throughout history? How have weapons changed from the War of 1812 to World War II? Historical reenactors representing times from the early Romans through World War II will converge on the Old Fort this weekend. Observe demonstrations on period cooking, gardening, military life, and much more. Every year is unique so be sure to come out! Experience first-hand the life and activities of the people from across the ages.

World War I camp at the Muster on the St. Mary's - Timeline of Several Centuries Event.

The fort Sutler displays his wares for the soldiers and civilians of the Revolutionary War.

A woman dressed in period attire for Post Miami.

The gardener snips herbs from Whistler's Herb Garden located outside of the commander's kitchen.

Musket demonstration during Be a Tourist in Your Own Hometown.

Ghost stories around the campfire during Fright Night Lantern Tours.

Regimental soldiers in front of the barracks during Christmas at the Fort.

Mending clothes in front of a warm fire.

Gathering more firewood for the fireplace.

The Commander inspects the units.

Food is being prepared in the Commander's Kitchen.

Enjoying a meal on the porch. 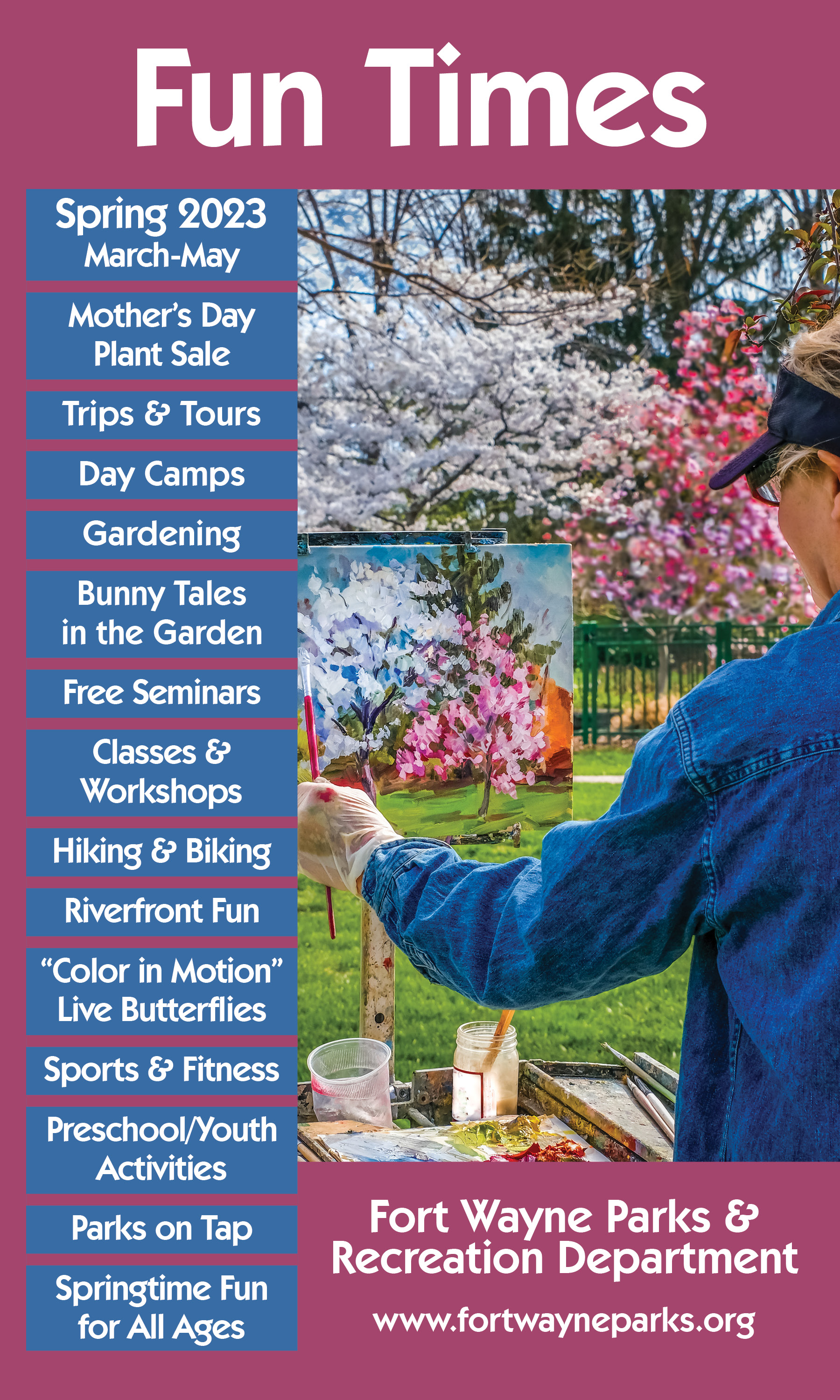